The October 2011 challenge over at the Board Game Designer’s Forum was to create a Dorn Tower/Mancala variant. Well the voting is in and my entry….. lost to a more unique one. 🙂 But I went ahead and finished the product enough to release it as a Print-and-Play Game. October seems to be just the right time for graveyards, mausoleums, and walking dead in search of a slab to call their own.

A Slab to Call My Own

Two Grave Keepers are in charge of a stately old cemetery. All is well, until one full moon the dead begin digging themselves out of their graves and wandering the cemetery in a most disorderly fashion! Determined to keep the restless dead firmly where they belong, the Grave Keepers being herding the walking dead back into their mausoleums. Sure, day shift will be in tomorrow to go about burying the ones that are still wandering free, but a respectable Grave Keeper’s got to make sure that he clocks out with the same number of bodies in the mausoleum as were there when he arrived! As for that other fellow across the hill … well, someone’s got to house the extras!

The two Grave Keepers take turns herding walking dead around the cemetery, shuffling them between the tombstones and the mausoleums. Fortunately, walking dead aren’t too bright, and tend to mill about where you put them, whether it’s someone else’s slab, the burial yard, or one of those tombs over the hill. The first Grave Keeper to end his turn with the correct number of bodies in each of his mausoleums can slam shut the doors and win the game! 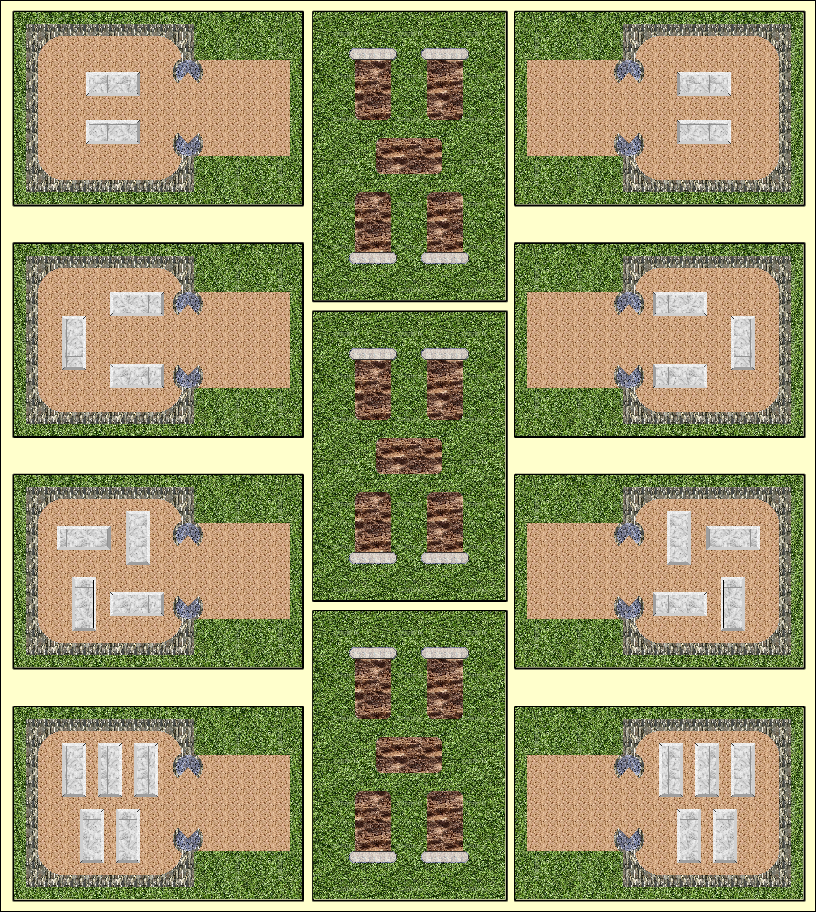