Robert A. Heinlein consistently tackled social themes through the framework of his speculative fiction in such a way as to force to reader to confront his own opinions on the subject at hand. Though Heinlein’s work is generally considered to be “hard” sci-fi instead of space opera, the author seldom delved into the fundamentals of the science or problem solving behind the technology of his stories. Instead, Heinlein tended to focus on the evolution of society, the individual’s role within society, and the responsibility of individuals towards their society. His protagonists are nearly always adventurers, philosophers, or engineers of some sort instead of natural or mathematical scientists of the kind favored by Asimov.

Three of Heinlein’s most famous works received Hugo awards (Stranger in a Strange Land, Starship Troopers, and The Moon is a Harsh Mistress) while the man himself was named the first Grand Master of the Science Fiction Writers of America in 1974.

Stranger in a Strange Land explores the life of Valentine Michael Smith who was raised on Mars, being the sole survivor of a human expedition to that planet. With Michael as his mouthpiece, Heinlein discusses human behavior, particularly in the realms of religion and sexuality. Organized religion has largely taken the place of nationalism within society; the Fosterite cult dominates all other religions and wields a great deal of economic and political power. When Michael establishes his own religion which teaches Martian psychokinetic abilities and philosophy. The novel affirms that an individual’s highest calling is to discover and rely on himself, a concept embodied in the Martian word “grok”, whose closest English translation is, “Thou art God.” 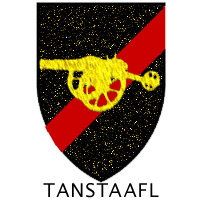 If Stranger explores the conflict between spirituality and organized religion, The Moon is a Harsh Mistress sets out to explore the conflict between individual freedom and societal obligation. The story describes a Lunar colony that attempts to gain political autonomy from the Earth, and the way that political pressures shape society. Lunar society is founded on mutual self-reliance; individuals who do not contribute to society are ostracized and may even be killed if the society deems it necessary. The revolutionaries in the story adopt the acronym “TANSTAAFL” (There Ain’t No Such Thing As A Free Lunch) as their slogan. When the moon dust settles over the colony the revolutionaries are left to govern themselves, only to find the freedom they crave impossible to marry to societal rule of law.

Before his recognition for novels critical of social and religious movements, Heinlein came under fire from the sci-fi community for a little novel titled Starship Troopers. It was seen as supportive of military adventurism and glorifying racist attitudes. Hard on the heels of the Korean War and in the early years of the Vietnam War, Heinlein received many letters criticism him for writing the book and was surprised when it won the Hugo Award in 1960. The book deals primarily with issues of personal responsibility and societal responsibility, including long passages of classroom-style discourse that landed the book on the required reading list of the US military for many years. Although not the first story to include the idea, the work is primarily famous for its detailed treatment of soldiers wearing personal powered armor. 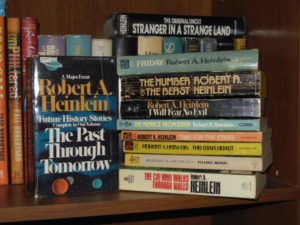 Unlike many of his peers, Heinlein predominantly held spiritual or pseudo-spiritual views rather than purely secular or humanistic ones. A firm believer in personal responsibility, Heinlein grounded his views in the utility of the person to society as a whole while also denouncing organized society as repressive of individual freedom, as in modern libertarianism. From a Christian perspective, Heinlein’s work is a provocative and well-reasoned examination of life in a society where God is either absent or irrelevant. At the same time, Heinlein seems to argue that spirituality is a necessary and vital element of human existence. Heinlein’s search for spirituality within oneself comes through most clearly in Stranger in a Strange Land, and even in that novel he seems to acknowledge that although the quest for spiritual enlightenment is predominantly internal, effective instruction in enlightenment must originate externally. As with his views on personal freedom and societal responsibility, it is a position that Heinlein explored throughout his body of work without ever coming to a satisfactory resolution.

Heinlein’s work needs to be read by individuals ready to think critically about their belief systems and look beyond the text to implications therein. This article and others like it may be found on the blog at Christian Geek Central. I give Heinlein’s work in general and these novels in particular a Quality score of 10/10 and a Relevance of 10/10.