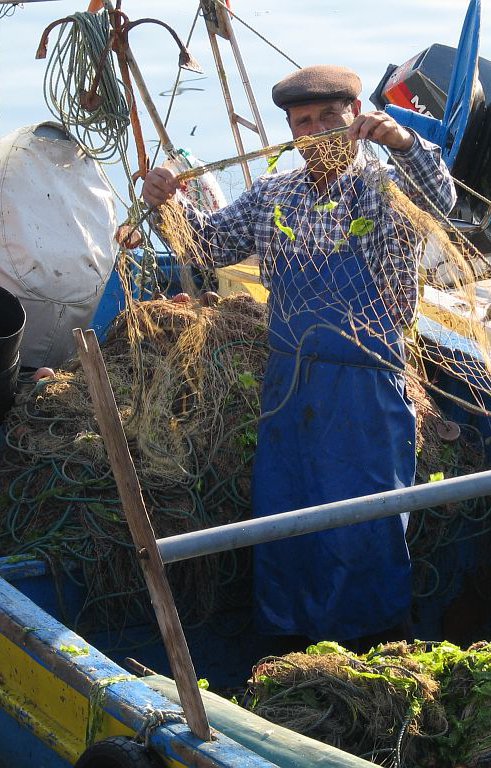 When Jesus called his apostles to a life of discipleship, he challenged them to leave behind everything they knew. He challenged them to step out of their comfort zone and employ their skills in new ways, for a new purpose. The apostles were leaving behind the life they knew and taking a leap of faith into a future relying not on their own skills but on God’s provision. Fishing can be a tedious chore requiring hours of patience for which no reward is ever seen. The apostles had no reason to think fishing for men would be any different.

1 One day as Jesus was standing by the Lake of Gennesaret, the people were crowding around him and listening to the word of God. 2 He saw at the water’s edge two boats, left there by the fishermen, who were washing their nets. 3 He got into one of the boats, the one belonging to Simon, and asked him to put out a little from shore. Then he sat down and taught the people from the boat.

4 When he had finished speaking, he said to Simon, “Put out into deep water, and let down the nets for a catch.”

5 Simon answered, “Master, we’ve worked hard all night and haven’t caught anything. But because you say so, I will let down the nets.”

6 When they had done so, they caught such a large number of fish that their nets began to break. 7 So they signaled their partners in the other boat to come and help them, and they came and filled both boats so full that they began to sink.

8 When Simon Peter saw this, he fell at Jesus’ knees and said, “Go away from me, Lord; I am a sinful man!” 9 For he and all his companions were astonished at the catch of fish they had taken, 10 and so were James and John, the sons of Zebedee, Simon’s partners.

Then Jesus said to Simon, “Don’t be afraid; from now on you will fish for people.” 11 So they pulled their boats up on shore, left everything and followed him.

The fisher of men has left his old life behind and embarked upon a new calling into unfamiliar territory at the express behest of a higher power. Stories suitable for this project will include a character who undergoes a life-altering experience that directly results in his decision to leave behind his old life as a crucial element of plot execution. As part of a turnkey event in the story, the fisher of men should come into contact with something greater than himself that plays a pivotal role in altering his perceptions of life.

All manuscripts will be read! If you have a great idea that you’re not sure exactly matches the theme of the project, send it in anyway! We’d love to read your work and provide some feedback at the very least. Even if your work doesn’t closely match the current project, others publication opportunities will be forthcoming, and we want you to be on board!

The current project is entitled “Fishers of Men”. Submissions will be accepted through September 30, 2013. Don’t wait until the last minute, get yours in early!

Format: Completed and fully edited manuscripts are desired for publication.  If you have a strong story or idea that needs additional direction or help, we will work with you to bring your story to completion.  Submit your story outline and manuscript within the body of an email or as a file attachment to winstonc@criticalpressmedia.com