Delta-vee presents classic Old Time Radio productions and modern audio dramas, today’s episode: “August Heat”. William Fryer Harvey wrote mysteries and horror stories in turn of the century England. He came from a strongly religious Quaker background and received a formal secondary education that earned him a medical degree. Harvey’s family wealth and personal ill health caused him concentrate on his writing instead of pursuing a medical career. “August Heat” treats themes of personal choice and predestination, as well as lightly touching on the subject of human nature. Harvey’s religious background would have placed an emphasis on these aspects of his education. Protestant doctrine treats the predestination of humanity as a cornerstone tenet of salvation, while also emphasizing the element of personal choice as integral to the fulfillment of that destiny. This seeming contradiction has been the subject of centuries of theological dissertation and debate, and promises to fuel generations more. A second theme at the heart of this story is the nature of humanity, and the potential within each of us for great, unwitting, spontaneous evil. Harvey treats his themes with a deft hand, raising each question in turn, and involving the reader inevitably in the answer. “August Heat” first appeared in Harvey’s short story collection “Midnight House” in 1910. This episode of Suspense first aired on May 31, 1945. And now, our feature presentation …. read more

Delta-vee presents classic Old Time Radio productions and modern audio drama, today’s episode: “The Dunwich Horror”. The works of H.P. Lovecraft have had a pervasive and lasting influence on modern horror writers, from his themes of forbidden knowledge and nihilism to his habit of founding mythology upon a secret history fabricated from whole cloth. Of his many works, the most well know are unarguably the Cthulhu Mythos, a loosely defined collection of secret history lore upon which Lovecraft built many of his stories, and which he encouraged his contemporaries to reference in their own works. “The Dunwich Horror” stands as perhaps the quintessential representative of the Cthulhu Mythos as a whole, containing as it does nearly every staple element of Lovecraft’s other fiction. His horror fiction is replete with monsters beyond the ken of man, secret cults devoted to the outer gods, and heroes whose credentials are more scholarly than physical. In one aspect only does “The Dunwich Horror” depart from traditional Lovecraftian storytelling: the heroes not only survive their adventure with body and minds whole, but emerge triumphant … after a fashion. Despite the not-completely-nihilistic ending, Lovecraft considered this story “so fiendish that [Weird Tales editor] Farnsworth Wright may not dare to print it.” Wright did not agree with this sentiment, and snapped up the story for $240 (about $2800 today), making this the single largest payment Lovecraft had yet received for his work (Lovecraft, Selected Letters Vol. II, p. 240; cited in Joshi, p. 101). “The Dunwich Horror” was first published in the April, 1929 issue of Weird Tales; this episode of Suspense first aired on November 1, 1945. And now, our feature presentation …. read more

Delta-vee presents classic Old Time Radio productions and modern audio dramas, today’s episode: “The Defenders”. The works of Philip K. Dick repeatedly treat themes revolving around our perception of reality and personal identity. Protagonists in Dick’s work were often regular people rather than action heroes and did not need to be human at all; the qualities that defined humanity for Dick included traditional virtues such as honesty, kindness, and the ability to act rationally. Dick’s heroes often engaged in extensive rational analysis of their world, often concluding that the world around them could not be objectively real but a product of their own perception and interaction choices. Dick displayed an overarching fear and hatred of war, both as a political and social instrument, believing it to be an expression of the immaturity of human culture. Jungian psychology played a large part in Dick’s thinking, shaping his stories around themes of the collective unconscious of humanity, the behavior of individuals in groups, and the intrinsic nature of personhood. Film adaptations of Dick’s work include “Minority Report”, “Total Recall”, and Ridley Scott’s “Blade Runner”; Dick’s work has been pervasively influential in the science fiction genre as a whole. “The Defenders” presents a world where a war started by humanity is prosecuted by machines, precursing both Keith Laumer’s “Bolo” stories and James Cameron’s “Terminator” franchise, and treats Dick’s three themes in a very succinct and expressive way. “The Defenders” was first published in the January, 1953 issue of Galaxy Science Fiction. This episode of X Minus One first aired on May 22, 1956. And now, our feature presentation…. read more

Delta-vee presents classic Old Time Radio productions and modern audio dramas, today’s episode: “Sam, This Is You”. Murray Leinster wrote more than 1500 short stories and novels during an extremely prolific writing career under a variety of pseudonyms, the “Leinster” persona being the most famous of them. His writing career began well before World War I when he wrote for a wide variety of genre fiction magazines, including westerns, mysteries, and romance, but it wasn’t until pulp science fiction started to become widely accepted in the 50s and 60s that he published routinely under his real name, William Fitzgerald Jenkins. Leinster accumulated many “sci-fi firsts” to his credit, including genre conventions such as parallel universe stories and the universal translator. Leinster’s most famous story is unquestionably “A Logic Named Joe”, where he predicts not only personal computers associated with everyday tasks, but the existence of a pervasive network of interconnected information systems. The “Sideways Award for Alternate History” was created in 1995 to recognize outstanding parallel universe stories, and takes its name from Leinster’s story “Sideways In Time”. Leinster’s story “Sam, This Is You” dabbles in time travel without dipping into the complex arguments of causality and predetermination that accompany this kind of exercise in the modern and post-modern storytelling era. Instead, Leinster lets events play out in a continually unfolding drama that assumes history will play out more or less the same way regardless of outside meddling; that era’s optimistic outlook stands in sharp contrast to contemporary attitudes of mistrust and fear that now form the prevalent reaction to personal insecurity. “Sam, This Is You” first saw print in the May 1955 issue of Galaxy magazine; this episode of X Minus One first aired on October 31, 1956. And now, our feature presentation …. read more

“Three Skeleton Key” by Frenchman George Toudouze brings together three men in a lighthouse besieged inexplicably and unrelentingly by a horde of voracious rats. The story is the earliest example of the “nature gone mad” genre that I’ve been able to find, and was adapted three times for radio by the CBS anthology series “Escape”, and twice for the CBS anthology series “Suspense”. This version starring Vincent Price first aired on March 17, 1950, and is the better known of the adaptations. The original story first appeared in English in the January 1937 edition of “Esquire”. And now, without further ado, Delta-vee and the Critical Mass Podcast present…. read more 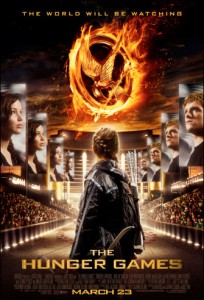 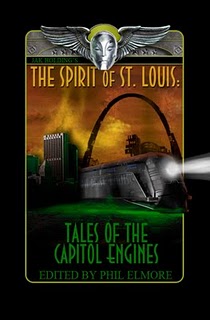 I’m in the reaction chamber with Phil Elmore, action-adventure author and editor of the upcoming anthology Spirit of St. Louis, a collection of flash fiction revolving around a post-apocalyptic future where incredible roaming megatrains have taken the place of cities. The setting visuals are described as “art-deco steampunk”, and each 1000 word flash fiction entry will be illustrated by a tarot card style painting by John “Johnny Atomic” Jackson. Elmore has issued a general call for entries into this particular project and the planned series that it preludes. read more 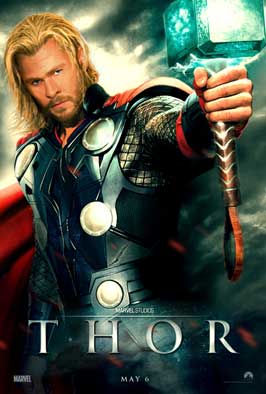 Curtis and I gather round the coffee table to kick around Thor. Not harshly, mind, but we do feel that it needs to be kicked a bit. I really wanted to like this movie in the same way that I like Iron Man or the Incredible Hulk. Unfortunately, the result was somewhat lackluster – with a story that just didn’t live up to the potential of its characters. Nevertheless, there is a great deal of good stuff going on in this movie, and we found it to be an acceptable offering, if not a particularly outstanding one. read more