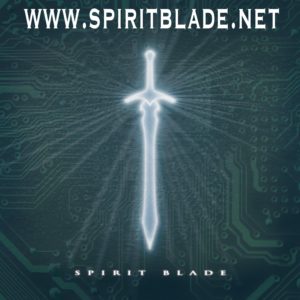 Paeter Frandsen is the creator over at Spirit Blade Productions, and his audio work sets the bar for a new standard of quality. The Spirit Blade audio drama forms the flagship of his line, a gripping sci-fi fantasy set in a dystopian world of the future where the Underground Liberation fights for the concept of Absolute Truth. The sequel, Spirit Blade: Dark Ritual, sees the Underground Liberation attempting to recruit new Seekers to their cause – it does not go well. Frandsen has collected the music from his two Spirit Blade releases into a set of song bundles. He has begun the process of re-imagining The Pilgrim’s Progress as a traditional magical fantasy. The Spirit Blade Underground produces audio dramas of a variety of types, from sci-fi to fantasy horror.

The Spirit Blade Audiobook hosted here is an adaptation of Frandsen’s original source material. He produced and released it as part of the marketing campaign for his overall product line. I’m thrilled to be a member of the Spirit Blade Underground and Christian Geek Central, and to provide one of the mirror sites for his promotional material. Enjoy the audiobook and then go purchase his products!