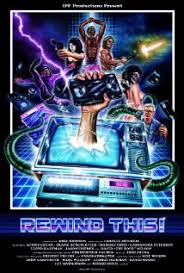 Curt and I fire up the reaction chamber to talk about some of the documentaries we’ve watched recently. We review “Rewind This”, about the VHS tape collector’s community, “The Game Masters”, profiling the lives of several people who are into pen and paper RPGs, and “The Dungeons & Dragons Experience” a general treatment of the hobby. Following the movie reviews we discuss the mechanic of Concession in the Fate System, a counter-intuitive method of conflict resolution that has still made its way into our games. The Kickstarter for Opposing Forces is still funding, so don’t forget to check out the project and help make an awesome game book! read more

I’m joined in the reaction chamber by Tom and Cathy Thrush of Urban Realms. Their current Kickstarter project is running concurrently with my own and I think there’s a lot of shared interest. Urban Realms publishes fantasy maps and related material. The Adventure Journal project is a set of journals specifically designed for recording your adventures and filled with thematic design work. They’re very cool; check them out! The Opposing Forces Kickstarter is still running, providing ready made characters and gaming advice for your Fate Core games. read more 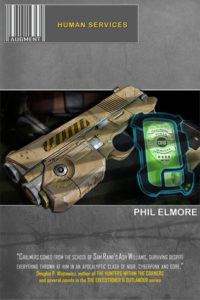 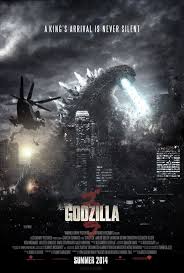 Godzilla 2014 stomps its way into theaters and I’m there at the earliest showing I can possibly sneak out to see. The movie is pretty much everything I wanted from the King of Monsters. It’s moody, atmospheric, tense, overwhelming, and destructive on every level. This is very much the Godzilla film I have wanted all my life.

Curt and I take on the CW’s spring season closing. We have quite a lot to say about our hopes and fears for Arrow, The Flash, and Supernatural. Most of the rest of the lineup isn’t on our radar, but there are a few shows that are shaping up to be well worth the ride. read more

The new Godzilla film is almost upon us! As the King stomps his way into New York and a confrontation with unidentified Muto opponents, Curt and I touch a little bit on the things the Godzilla franchise has been since its inception. We do a review of “Ecstasy of Order”, a documentary about the Tetris Championship Circuit. And finish things off with a discussion of character creation in Fate, and just how hippy-dippy backwards it seems to a couple of old-school gamers. Still, I think the payoff is worth the flower petals and barefoot guitar playing. Plus, the Kickstarter for Opposing Forces is live! Check it out! Tell your friends! read more

Summer is upon us! Curt and I are back in the reaction chamber and gearing up for the summer. We’re looking at a wave of summer blockbusters starting with the awesomeness that is Godzilla. We talk for a little bit about the Dean Devlin/Matthew Broderick entry in the franchise. After beating that dead lizard for a while, we switch to Evil Hat’s Fate Core system. I’m prepping to release a book for the system and pushing out a Kickstarter campaign to help fund it. I’ve got some awesome artists signed on to work on the project. Check them out in the show notes! The artwork here is my own little scribbling for concept; Matt Silber is working on proper cover art and logos! read more 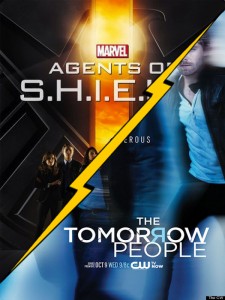 We can be more than the things that people label us as. I find this to be a central theme of Marvel’s Agents of Shield compared to the CW’s Tomorrow People. I do find quite a bit of meat for discussion in the contrast between these two shows, so Curt and I hash out just what separates these two shows in both tone and structure. And of course we’re going to sound off about which one and which kind of storytelling we prefer. Arrow gets a brief mention in this treatment of superhero television. We know what we think. How about you? read more

Curt and I take a look at three shows we’re really excited about for the fall season: Arrow, Sleepy Hollow, and Agents of SHIELD. I do a bit of complaining about the fact that Sleepy Hollow is almost – but not quite – inspired by multiple real-world mythologies. We lament the fact that The CW has to fill every single show with twenty-something angst and enough interpersonal drama to give “Passions” a run for its money. We take a quick look at the character dynamics at work in Agents of SHIELD and how it has the potential to go very *right* for once on television. And through it all we share our hopes and fears for the upcoming viewing season. No fear, I suspect we’ll revisit this topic with regularity. read more

In this episode of Rock the Dragon, we touch on themes of courage and sacrifice as each of the Z fighters lays down his life in an effort to prevent the Saiyans from destroying the Earth. There’s some heavy stuff going on and in the finest tradition of Shakespeare, everybody dies.

Game designer Rocco Privetera joins me in the reaction chamber to talk about his game, Ninja Dice. This Japanese ninja-thief-push-your-luck game is published by Greenbrier Press, and currently funding on Kickstarter. Rocco talks a bit about the print-and-play origins of the game and the importance of story and theme in game design. Check out this neat little game at any one of the various links below and let’s get it funded!